Biography and Statistics
Reg Austin has been an outstanding sprinter from his early days in the professional running ranks to his extended career in masters athletics. Including his pre masters days, Reg has set 7 world records, in the M35, M40, M45 and M50 age groups over 100M, 200M and 400M, along with some 15 world titles. In the process setting Australian and New South Wales masters records for the same distances and picking up numerous national and state titles. Reg has been an inspirational athlete and an ardent supporter of masters athletics, being awarded the Order of Australia Medal in 1990 for his services to sprinting. 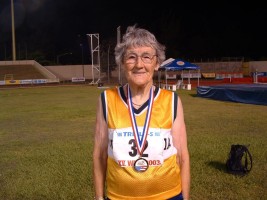 Shirley Brasher was an outstanding athlete and pioneer for older women in athletics. During her illustrious 31 year masters athletics career, Shirley set 15 world and 22 national records in various age groups and in the process picking up 23 individual world titles, not to mention the numerous national and state titles, spread over events ranging from 800M to 10000M including the Steeple. Shirleys final Australian record was set in 2009, at the age of 82, for 400M. Shirleys contribution to athletics has been recognised with both Tasmanian and Australian Sports Awards, and will always be remembered as a legend of the sport. 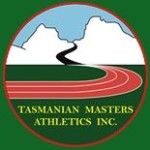