AMA wishes to announce the appointment of Amanda Coombe as manager for the AMA team competing at the World Masters Cross Country Championship in Bathurst on February 18 & 19th, 2023. This event is in conjunction with the World Athletics Cross Country Championships. Amanda has a lifetime of athletics experience as a competitor, coach and relay selector. She has been able to marry her teaching, personal training and coaching experience into a unique skill set for those that are coached and trained by her and is a Level 2 Accredited coach with Athletics Australia. A former National League Basketball player, Amanda has won numerous State and Australian Masters Athletics Championships over 800m and 1500m and several medals at the world level. She has been an Australian Masters Relay selector 5 times, Manager of State Cross country teams and the Manager of the Australian Ekiden relay team.

Steve McGugan has been appointed as the Manager for the AMA team competing at the World Masters Indoor Championship in Torun, Poland, March 26-April 1. Steve was Senior Manager of the AMA team in Perth 2016, Assistant Manager in Lyon 2015, Budepest 2012, Torun 2019 and Chair of the LOC for the Darwin AMAC in 2017. Steve competed in Hurdles, relays and indoor pentathlon and currently holds an AMA record for the 55-59 60M hurdles. As a younger person he played first grade cricket at Mosman, alongside Alan Border and Rugby for the Gordon Club. He has worked professionally in sports as a coaching director and assistant coach with the Sydney Kings and is currently teaching Maths at Darwin High School.

Register Here:   Scroll down to the registration form 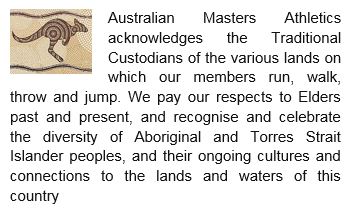 Our League of Legends